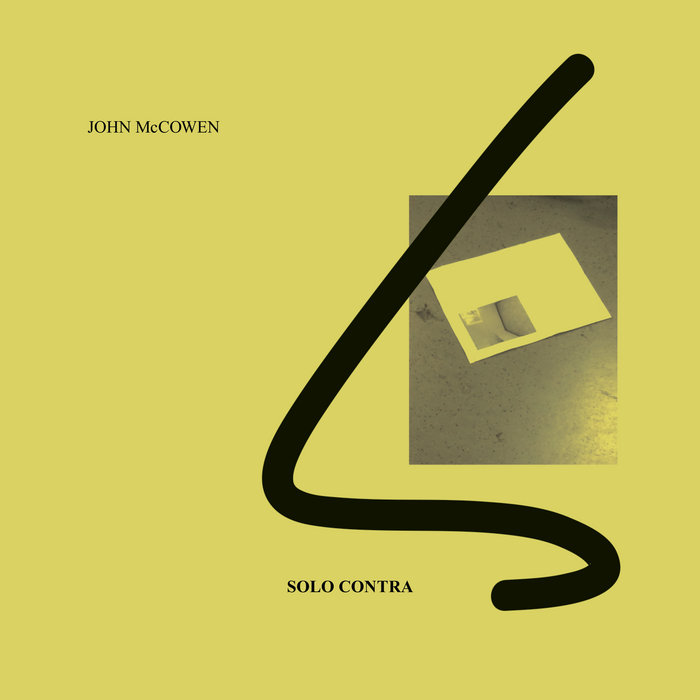 lazerbea.ms This is a profound work that recalls Tibetan chant, european spectralist explorations, postrock feedback and Coltrane all in one piece. At times it is quite incredible that there is only one human playing solo here, such is the breadth of the extended technique. Yet, there is foremost a oneness with something even greater on display. A beautiful, meditative and mind-altering album that wolfs at you with full throat. Favorite track: Berths 1-3.

(Sam Genovese)Fan Music possessed of a tense single-mindedness that multiplies with repeated listening. Play it loud.

ddb listen to this one with your eyes closed in a quiet space with good headphones.

Nathan Corder McCowen accomplishes more in three tracks than most new music egghead composers do in a 5 year Ph.D program. The sound is focused and DEEP. You snooze YOU lose, buy this album. Favorite track: Berths 1-3.

Grime punk haven Carbondale, lllinois native John McCowen got his musical start in the middle aughts doing vocals for hardcore bands in local basements. Tired of the toll that took on his throat, he eventually picked up a saxophone, and applying it where he could landed him a gig with his high school friends Ashton and Caleb Bird in their stoner rock band Tweak Bird. After several years doing saxes and flutes for Tweak Bird (which culminated in a 2 month tour opening for TOOL in 2009) McCowen returned home to pursue Bb soprano, bass and contrabass clarinet studies with Eric P. Mandat at Southern Illinois University in Carbondale. In that time he produced three releases – Humana/Mundana (DAAANG, 2014), Clarinet Quartets ½ (Cairn Desk, 2015) and OBF_14 (DAAANG, 2015) – before moving on to Mills College in Oakland, California to study under a major influence of his, Roscoe Mitchell. Between 2014 and 2017 in Oakland, McCowen learned from and played with Mitchell regularly, while simultaneously touring the American DIY gamut with New Music hybridizing, Rob Jacobs-led art punk project Wei Zhongle, and, among other works for woodwind based ensembles, developed the sonic concepts and contrabass clarinet compositions materialized in Solo Contra.

An apex of his work to-date on the bottom clef clarinet, and a punctuation of his graduate studies under Roscoe Mitchell, Solo Contra hears McCowen inhaling the musics of Eliane Radique, Maryanne Amacher & Pauline Oliveros, and exhaling, with incredible force, depth & clarity, an utterly new slate of tones & sonic textures he calls “post electronic acoustic music.” The album’s 26 minutes contain three densely-hued polyphonic movements produced entirely acoustically, recorded by engineers Úlfur Hansson & Michael Coleman using 13 microphones set to fully capture the broad vibrational spectrum of the instrument and its activation by McCowen’s seemingly infinite breath. After that session, in July of 2017, he brought the recordings to IARC cofounder David Allen’s home studio, where together the two mixed and mastered an array of almost superhuman, entirely supernatural frequencies into a singularly vivid timbric persona. Solo Contra is John McCowen’s larger than life rendering of contrabass clarinet in its most definitive, but most undefinable projection.

All music composed by John McCowen.