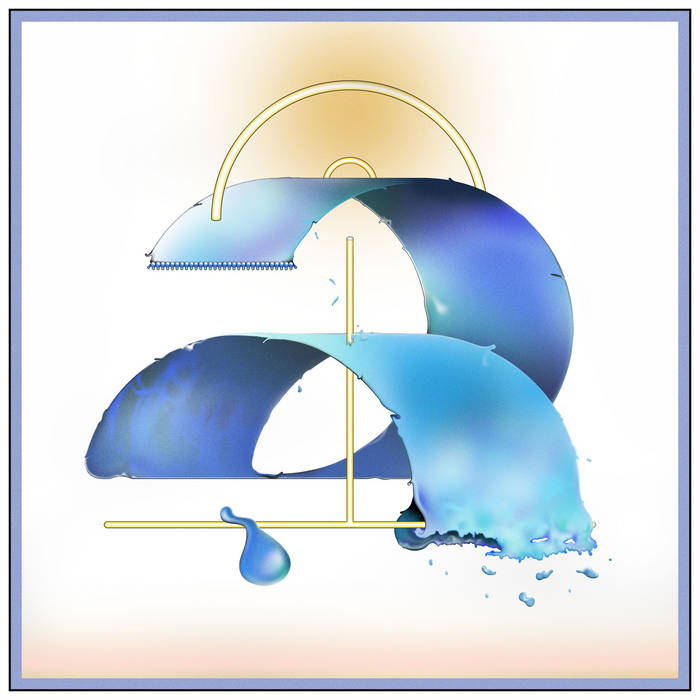 Nate Stevens One of the most spiritually connected albums I've ever heard. There is something mystic and divine about this that's hard to place. A show I'd consider top 10 places to turn a time travel dial back to! 🕛 Favorite track: Part VII.

Buddy Peace I tend to dive straight into the later 'continuous' versions - you won't need your skip to next feature on anything here, it's a joyous and free flowing experience. Like a swim in the open sea while the sun rises. Beautiful. Favorite track: Parts I-IV (continuous).

Will Johnsen I start every morning with this soundtracking some meditation and prayer. I find it to be incredibly calming, centering and a fantastic way to ease into my days. It is a beautiful album from start to finish. And the "Lake Michigan Blue" vinyl is gorgeous.
more...

In late November of 2018, long-time collaborators (& life-long Los Angelenos) Carlos Niño & Miguel Atwood-Ferguson flew to Chicago to participate in the album release performance of Makaya McCraven’s Universal Beings. Just 11 months prior, Carlos & Miguel were part of recording the ‘Los Angeles Side’ of Universal Beings at Jeff Parker’s house in Altadena, California, and this performance in Chicago would be the first time that all of the musicians reunited to re-learn and perform the music they’d collectively composed during those sessions.

The night after the performance at South Shore Cultural Center, friend of International Anthem Jeremy Cunningham was scheduled to debut new music ("The Weather Up There," which has since been released on Northern Spy Records) at our HQ, Co-Prosperity Sphere. Since Carlos & Miguel were still in Chicago (before they’d head to New York City for a second Universal Beings performance at Le Poisson Rouge), we invited them to do a Special Guest duo set to open the show.

At the conclusion of their 44-minute improvised set that night, Carlos spontaneously dubbed the piece “Chicago Waves.” His proclamation gave us the distinct impression that the previous days spent in South Shore (and the many commutes to-and-from, along Lake Shore Drive) had imprinted the deep blue vastness of early-Winter Lake Michigan into Carlos & Miguel’s respective & collective consciousness, and thus, into the spirit of the luminous music they created that night at Co-Prosperity Sphere. We at IARC are happy to share this recording of Chicago Waves with the world in a time when peace-bringing sound and a sweet memory of live music, sparkling inside the collective breath of community in communal space, has potential to provide the utmost nourishment.

Atwood-Ferguson – an arranger, composer, music director, producer and multi-instrumentalist – rose as a classically trained session musician to what the New York Times would call “a leader of skilled ensembles, a celebrator of repertories and an organizer of legacies.” He has composed string arrangements for everyone from Dr. Dre to Anderson .Paak, Thundercat and Flying Lotus (among many, many others). Suite for Ma Dukes, a towering homage to the late J Dilla, saw Atwood-Ferguson re-interpreting the legendary producer’s work for orchestra while assembling a 60-piece ensemble performance that featured Bilal, Talib Kweli, Karriem Riggins and others. His highly anticipated debut LP, Les Jardins Mystiques, is slated for release in 2021 via Brainfeeder Records.

Though Niño and Atwood-Ferguson initially met some years before, the two lifelong Los Angelenos truly connected as artists and friends in 2005. It was in that year that Atwood-Ferguson joined Niño in the studio to record two different records – With Voices, the final album by Niño’s beatmaking duo Ammoncontact, and Living Room by The Life Force Trio, a group comprised of Niño, Dwight Trible and Dexter Story. That same year, Atwood-Ferguson also joined Niño’s ensemble, Build An Ark. The two became close.

“Miguel Atwood-Ferguson is among my dearest, closest friends and collaborators. He is family,” says Niño. “I enjoy every opportunity that we find / create, or invitation that we agree to accept, to communicate with each other psychically.” Atwood-Ferguson says: “Carlos has been one of my greatest friends and teachers ever since 2005. I am joyously eternally indebted to him and can't wait to do as much with him as possible!”

Both prolific independent artists and consummate advocates of creative music in Los Angeles and beyond, Niño and Atwood-Ferguson reunited in 2007 to record their debut album for Alpha Pup, a stirring and plaintive duet entitled Fill the Heart-Shaped Cup. They would go on to play together often over the following decade but it’s not until 2020 that they release another recording as a duet. That recording is Chicago Waves.