Not Living in Fear 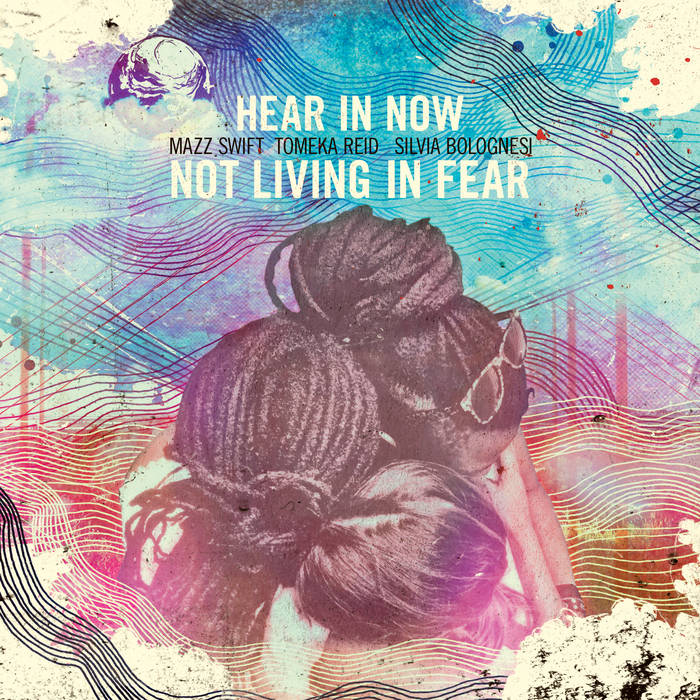 kim carsons Ladies. This is simply extraordinary. Every single track.

78spinner This album is just what is needed to keep a positive attitude. The give and take between the stringed instruments is divine. It would be exhilarating to see them play live. This recording gets you more than halfway there. Favorite track: Prayer for Wadud.

A world-caliber collective of women working in a class almost entirely their own, Hear in Now is a string trio that composes and improvises fluidly between free jazz and contemporary classical, folk music and avant-garde. Originally banded by a commission from WomaJazz in Italy, Mazz Swift (violin), Tomeka Reid (cello) and Silvia Bolognesi (double bass) came together from their homes in New York, Chicago and Siena IT to not only perform but also meet for the first time on the same date in 2009. In the 8 years since that first encounter, Hear in Now has become a rare egalitarian ensemble for the three highly active musicians, who are as often singular band leaders as they are sidewomen. In those respects, their compiled musical CV is as impressive as it is diverse – including collaborations, performances and recordings with Anthony Braxton, Nicole Mitchell, Butch Morris, William Parker, Common, Jay-Z and Kanye West – and as a unit they comprised ½ of the Roscoe Mitchell Sextet for several European shows in early 2017. Not Living in Fear, their 2nd studio album, was engineered by Griffin Rodriguez (Icy Demons, Beirut, Modest Mouse) and Alex Inglizian (Experimental Sound Studio), and features guest vocals by Chicago jazz legend Dee Alexander.

All tracks mixed by Griffin Rodriguez.
Mastered by David Allen.