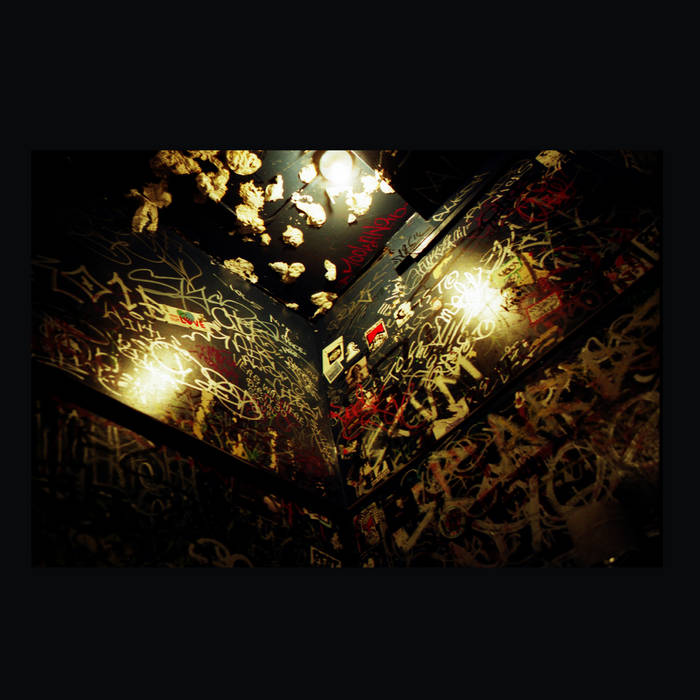 kal sit one of me friends described this saying "it's like mental chaos, it's the part of a movie where everything is going wrong." and while i agree, it's also assembled in a way that, in context, everything makes perfect sense Favorite track: Left Fields.

It's a grimy funky album. Sounds like a divey bar with a great band, which, as I understand, is exactly how it was recorded. Favorite track: Above & Beyond.

It’s titled Highly Rare not only for the format of its initial release (a limited-edition run of cassettes packaged in screen-printed, string-sealed, firecracker red envelopes), but foremost for the context of the source material’s capture.

The sounds were recorded to four track cassette tape at a DIY show packed into the confines of Chicago dive Danny's Tavern, a place definitely not known for having live bands, let alone live recordings. It's a place known to vinyl heads both locally and globally as a legendary hub in the crate digger diaspora. It's the place where Jeff Parker learned how to DJ. It's the place where Dante Carfagna held down a rare soul party for over a decade, where he first dropped public needles on 45s that would eventually make compilations he curated for Numero Group and Chocolate Industries. It's the place where DJ Shadow still does sets on the low when he rolls through town.

And on one highly rare night in November 2016 Danny's was the place where we invited an "International Anthem All Stars" type of improvising ensemble (Makaya McCraven, Junius Paul, Nick Mazzarella and Ben Lamar Gay) to play in support of DJ sets by LeFtO, who was in transit from Belgium, hitting local spots under the direction of Chicago scene sage King Hippo. Damn-near 0 degrees and just days after the death sentence of the American presidential election, the sounds the musicians conjured were thick with the bitter cold darkness that hung heavy in the air, punctuated with moments of joyful determination – the kind that can only be accessed when such impending doom triggers passionate adrenalized bursts by creators in survival mode.

Cogent as the cultural context of that November night at Danny's is the compositional prowess that Makaya exercised in post to make Highly Rare the impressive final piece it is. Demonstrating a deeply attuned development of the production approach he forayed in the creation of his 2015 breakout In The Moment, Makaya again took stereo mixes of the full band improvisations into his lab to edit, loop, layer and arrange the tracks, tediously constructing a vivid new slate of sounds that tell an infinitely more colorful tale than the straight takes ever could. The rough and raw edges of low fidelity cassette recording combine with the elegance and wit of Makaya McCraven's production touch to make Highly Rare a highly relevant artifact in the ever-unfolding history of Chicago style creative music.