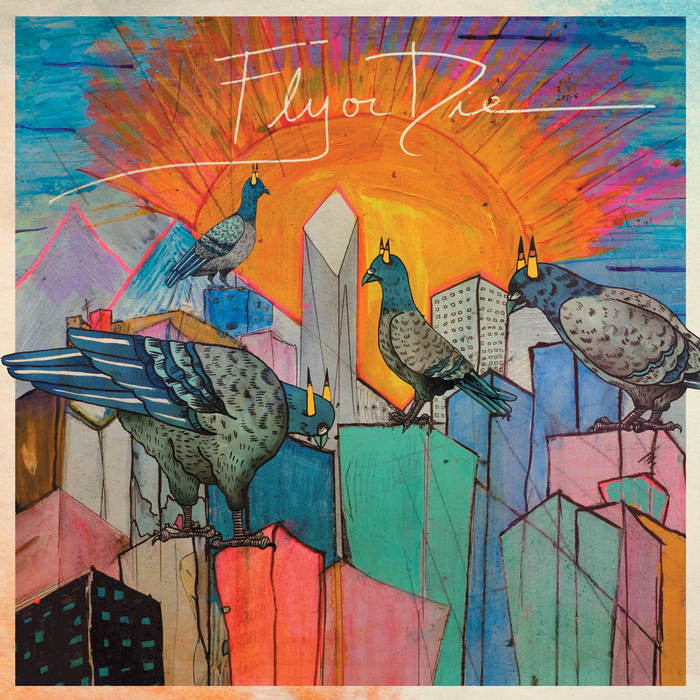 Giles This record has such a magical flow to it, it seems to capture so directly the ups and downs of life, the joy of music and dance, and it's just so damn catchy and fun to listen to as well. Favorite track: waltzer.

guska2 cool sounds, a perfect band and a really unusual take on jazz. One of my favourite discoveries this year!

freejazzy This is something special. Crisp and full of energy and tension. Especially when tp, cello, dr (rhythmically connected but seems to come from a separated space) take off. Will probably sound advanced at any time in the future - I guess. Favorite track: theme 001.
more...

A mainstay of the Chicago jazz scene and an active recent addition to the New York scene, Jaimie Branch is an avant-garde trumpeter known for her “ghostly sounds," says The New York Times, and for "sucker punching" crowds straight from the jump off, says Time Out. Her classical training and “unique voice capable of transforming every ensemble of which she is a part” (Jazz Right Now) has contributed to a wide range of projects not only in jazz but also punk, noise, indie rock, electronic and hip-hop. Branch’s work as a composer and a producer, as well as a sideman for the likes of William Parker, Matana Roberts, TV on the Radio and Spoon, is all on display in her debut record Fly or Die – a dynamic 35-minute ride that dares listeners to open their minds to music that knows no genre, no gender, no limits.

“It’s a true joy to listen to Jaimie Branch’s Fly or Die. Jaimie’s masterful trumpet playing sits at the helm of this gorgeous record, richly supported by a stellar cast of musicians, and upheld by strong and provocative composition.” – Sarah Neufeld (Arcade Fire)

"Super out tunes that continually open new doors to strange, sweet, and psychedelic grooves. Band is constantly cracking some ancient alien code here. Seamless and effortless compositions from Branch. An absolute “must jam” for anyone interested in the future of mind expansion." – Ryley Walker

In January of 2016, Jaimie Branch launched a monthly free jazz series with a new ensemble at Brooklyn’s now debunked Manhattan Inn. Sharing the first night of her series with a trio on tour from Chicago (Nick Mazzarella, Anton Hatwich and Frank Rosaly), the trumpeter Branch assembled a quartet to match: cellist Tomeka Reid, bassist Jason Ajemian, and drummer Chad Taylor. Between visitors and expats, it was a night of performers exclusively from The Windy City. “I wanted New York to hear what Chicago sounds like,” says Branch.

Though the format that first night was free, by the time International Anthem family returned to New York to record her in June, Branch had refined her improvised melodies into a suite of themes for to be played by that same quartet. Engineers David Allen & Dave Vettraino recorded the band over an afternoon at Branch’s sister Kate’s apartment in Red Hook, Brooklyn. Branch post-produced those recordings, added overdubs, blended in live takes, cut and stitched the music into its final structure at Vettraino’s home studio in Chicago in July. The finishing touch was her totally bizarre, totally brilliant commissioning of acoustic guitar overdubs by Chicago friend Matt Schneider (Moon Bros). His brief classical plucking of strings, the epilogue in “…back at the ranch,” perfectly caps the dynamic manic-depressive journey in true Jaimie Branch fashion. She's making light of a heavy situation.

Regardless of a relatively prolific and consistent decade-plus career performing, composing and collaborating with a lengthy list of jazz world notables, this album is Jaimie Branch's first final work as a leader. Over a dozen friends from Chicago to New York came together under her direction to bring it into being, and the genuine depth of character present in every element makes it well worth the wait. A categorical movement of courageous ascent, Fly or Die conveys a lifetime of experience in a singular suite.