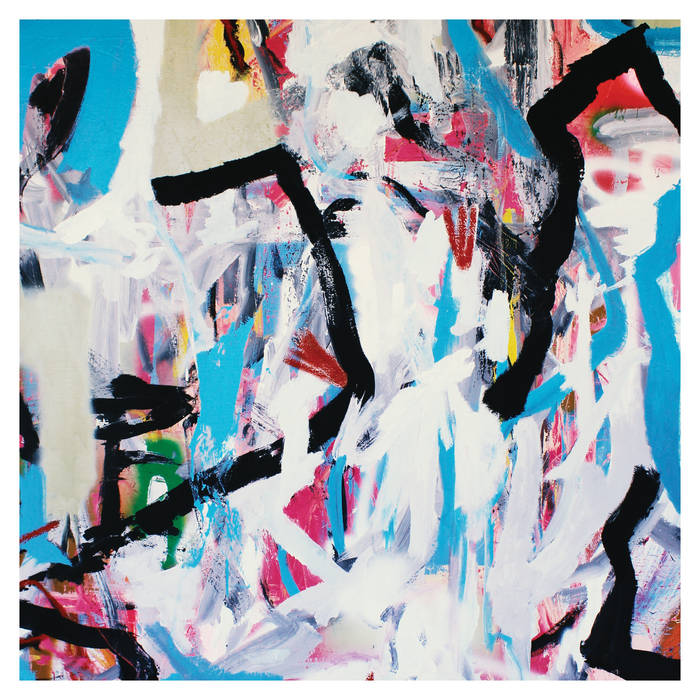 bjlefebvre Spoken word used judiciously and in line with the music. Contrapuntal lines followed by holy-smoke grooves. Timbres to die for. Favorite track: Parable 3000 (We All Come From Somewhere Else).

Jason Boucher I’ve been a fan of Mazurek since the days of Isotope. His Chicago Underground series was also quite enjoyable. Post Rock, Jazz and the Avant-Garde fans, this album is for you. My favorite track is Parable 3000 (We All Come From Somewhere Else) -- it’s a full jazz band with many layers to unpack—it reminds me of another Chicago jazz group—The Modern Jazz Quartet... and Tortoise! Favorite track: Parable 3000 (We All Come From Somewhere Else).

Lord Dubious An awesome tapestry of sounds that emulates both the cluttered stars in the night sky as well as the vastness of space. Beautiful stuff, perhaps Mr. Mazurek's most lush stuff. Definitely lives up to the title! Favorite track: A Wrinkle In Time Sets Concentric Circles Reeling.

Ben Ellis Crystalline and cosmic,there are so many colors and textures packed into these songs. Each one is a window into a different world. Favorite track: Parable 3000 (We All Come From Somewhere Else).

Marfa TX-based multidisciplinary abstractivist Rob Mazurek has made an indelible impact on creative music over the past 30 years. Emerging from the musical nexus of the 1990s Chicago scene, he’s written more than 400 compositions and is featured on more than 70 recordings (including International Anthem’s very first, IARC0001, "Alternate Moon Cycles"). He’s led or co-led many ensembles – including the Chicago Underground (Duo, Trio, Quartet & Orchestra), Isotope 217 (alongside members of Tortoise), Pharoah and the Underground (feat. Pharoah Sanders), Alien Flower Sutra (with Emmett Kelly), São Paulo Underground (his primary working group across his time in Brazil), and a duo with Jeff Parker – each of which possesses its own distinct musical personality.

While Mazurek’s solo work as a musician expands from cornet, piano, and piccolo trumpet studies to embody musique concrete and electronic experimentation, his composition for large ensemble reveals an intuitive sense of scale. Commissioned by the Chicago Cultural Center and the Jazz Institute of Chicago in 2005 to assemble a group representing the diversity of the city’s contemporary avant-garde, Mazurek amassed a 14-piece ensemble and began composing music for what became his Exploding Star Orchestra (ESO). Including musicians from the often-segregated communities of Chicago’s North, South, and West sides – from his long-time collaborators in Tortoise’s expansive orbit, to Great Black Music luminaries from the hallowed AACM, to free jazz revivalists from the Umbrella Music group – ESO debuted in the urban epicenter of Chicago’s Millennium Park and, shortly after, went into John McEntire’s Soma Studios to record "We Are All From Somewhere Else" (Thrill Jockey, 2007). By the time of "Galactic Parables Vol. 1," ESO’s 2015 triple LP release on Cuneiform Records, Mazurek reflected to Pop Matters that "Exploding Star Orchestra is the conceptual, compositional and philosophical center of all my work... a life star of musical, visual and conceptual ideas."

In 2018, JazzFest Berlin curator Nadin Deventer invited Mazurek to present a new iteration of ESO with musicians based in Berlin as well as Chicago. Meeting the commission with the boundless ambition characteristic of his artistic approach, he imagined a jubilee of fifteen musicians and improvisers, true to ESO’s ethos in their widely diverse backgrounds and voices, but more tightly arranged around his intricate compositions than ever before. Summoning an array of symphonic studies – from Béla Bartók to Morton Feldman to Gil Evans to Sun Ra to Pedro Santos to Bill Dixon to The Art Ensemble of Chicago – in an ecstatic and wholly original program, Mazurek’s November 2018 debut at Berliner Festspiele marked a new pinnacle in his distinction as a composer and conductor of Contemporary Music. “Mazurek’s arrangements burst in colors, making synesthetes of us all,” wrote Paul Acquaro in a review of the concert for Free Jazz Collective.

"Dimensional Stardust" showcases the intricacy and complexity of Mazurek’s compositions but in their most potent, most compacted forms. Opting to focus on tight ensemble orchestration over passages of open improvisation, Mazurek distills a maximal orchestra of explosive improvisers into a beautifully restrained, graceful group exercise in melodic minimalism. The album features almost no “soloist” moments, excepting Jeff Parker’s other-worldy guitar meltdown on “The Careening Prism Within,” and when Nicole Mitchell’s flute floats to the front of the barrage on “Sun Core Tet.” Mazurek himself is sparsely present as instrumentalist, only occasionally joining the ensemble with his piccolo trumpet (notably on “Parable 3000,” where he shares leads with Mitchell’s flute and Joel Ross’s vibraphone, and his trills and textures haunt ghostly around Jaimie Branch’s trumpet counterpoint). Even Damon Locks’s voice is employed more like an ensemble instrument than a lead vocalist. Locks’ distinctively dry, abstract narrative flow beams in intermittently – sounding almost like fragments of Deltron 3030 through an Orson Wells-style radio transmission – climaxing in the album-closing poetry of “Autumn Pleiades.” And all the way through, the electro-acoustic poly-rhythmic percussion section (Chad Taylor, Mikel Patrick Avery, and John Herndon) churns, thrusting the music forward as the harmonic instruments collectively bow between frenzied, futurist chromaticism and soaring, pan-humanist pentatonic anthems.

Somehow swirling the most adventurous elements of avant-garde jazz and contemporary classical into the most universal attractors of pop music, the cosmic opera of "Dimensional Stardust" is a pure spiritual extension of Exploding Star Orchestra’s unifying ethos, and a new peak in the prolific creative career of Rob Mazurek.

All Music and Titles by Rob Mazurek (OLHO, ASCAP).
Words by Damon Locks.

Cover Painting by Rob Mazurek (“Some Other Time” 2020).
Prints by Rob Mazurek with technical assistance by Mathieu Constans.
Package Design by Craig Hansen.