But Only After You Have Suffered 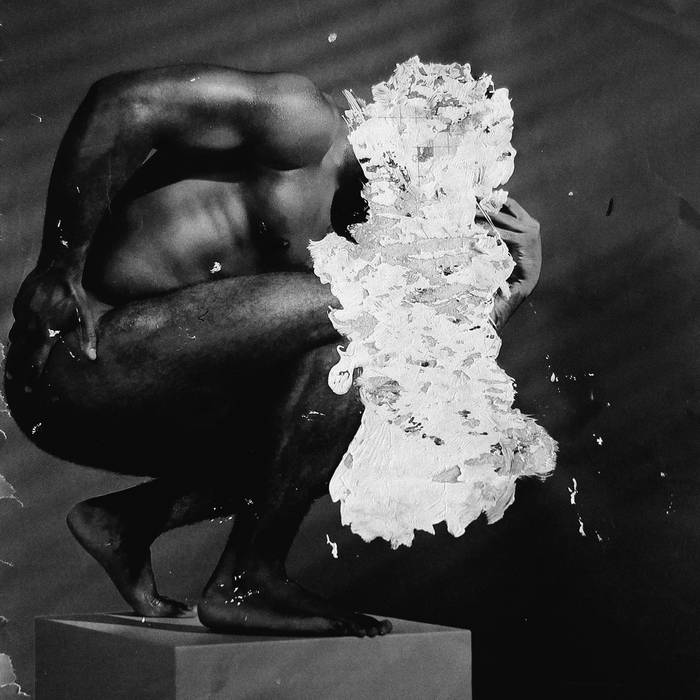 TIPI-M Ethereal, haunting, present, chaotic, fluctuation between different states of mind. Constantly throwing me off balance for then to reel me back in again.
A companion on snowy windy winter walks as well as listening sessions in front of the fireplace with eyes closed and warm tea in the hand.
A truly stunning masterpiece of an album that gives me goosebumps, shivers down the spine and teary eyes all at once.

'But Only After You Have Suffered' is a densely layered and deeply personal new work from multidisciplinary artist, composer, percussionist & producer Jamire Williams.

Conceived as a spiritual, autobiographical artistic statement, Jamire applies sound collage practice to modern jazz composition, beat production, MC/vocalist features, and his uniquely impressionistic drumming style – making an album as akin to minimalist painting as an art-house film soundtrack or a classic hip-hop mixtape. A “self-reflective, almost testimonial work” that swiftly cycles across a vast spectrum of styles, it's the culmination of his five-year musical journey to the outer reaches of his own sound. It’s the album he has always wanted to make.

To do so he engages his faith and the friends and family that shaped him, working with a host of close collaborators in a free and spontaneous manner. The shared musical, communal, and spiritual sensibility gives the album its sense of unity. “It’s a whole work,” Jamire explains. “It flows seamlessly, and it’s meant to keep playing until you really understand all the messages, prayers, and cries.”

As such, 'But Only After You Have Suffered' builds its own world from the pull between Jamire’s jazz heritage - eleven years as a drummer in NYC recording with world-renowned musicians like Jason Moran, Christian Scott, and Dr. Lonnie Smith - and the experimental, narrative art-pop of his more recent work with Solange, Moses Sumney, and Blood Orange.

Its origins can also be traced to his 2016 solo percussion album '/////// Effectual' (released by Leaving Records) - a turning point for Jamire, who has since embarked on a process of stripping back and breaking down his musical identity, creating a new sound from the fragments that most speak to his experience as a musician and a person.

Rooted in his faith, Jamire opens the album with “Hands Up,” a devotional hymn cut against the stark reality of the modern world that sounds like an apocalyptic middle-grounding of Kendrick Lamar’s 'To Pimp A Butterfly' and Merry Clayton’s “Gimme Shelter.” Whether in the rousing, spiritual “Just Hold On” or the fluid verses of Fat Tony on “Safe Travels,” the music exists in the tension between higher realms and social realities - what Jamire calls the “duality of a personal thing and what I’m seeing in my community, in the Black community, as a Black man.”

The album reaches its climax on “Pause In His Presence,” which features a chilling operatic performance from Lisa E. Harris, recorded in one take off the back of a single conversation and a shared vision between the two artists. “Every time I hear that song, I cry,” Jamire says. “It’s so real.”

Having recently moved back to Houston, the release of 'But Only After You Have Suffered' marks a moment of Jamire coming full circle. A literal homecoming and his arrival as an undeniably multi-faceted artist in his own right.

"Safe Travels" contains a sample of the recording “I Need Your Love” performed by Skip Mahoaney & The Casuals, courtesy of The Numero Group. Written by Skip Mahoaney & James Purdie. Published by Dust Index (BMI). Used with permission. All rights reserved.